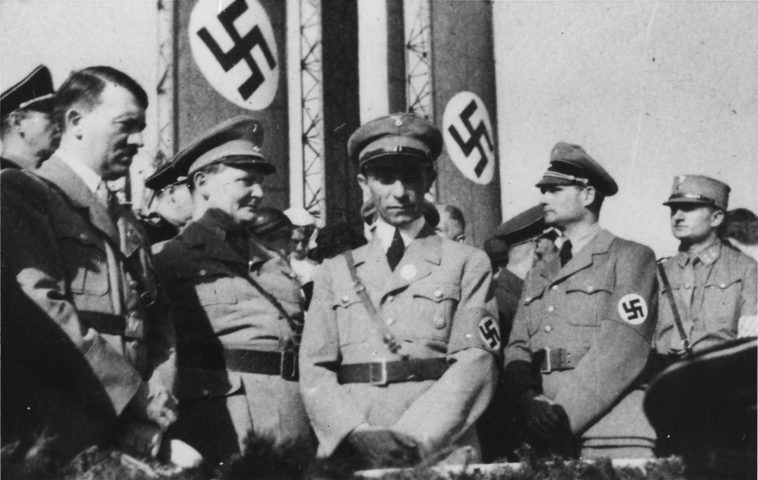 What if we’d treated the Nazis like the Khmer Rouge? The parallels between what happened in Germany and Cambodia are stark. So, why did we treat them so differently? Here is our take on alternate history.

As World War 2 draws to a close the nazi regime is removed from power by the Soviet Union alone. Germany thus becomes the German Democratic Republic, encompassing the whole of Germany, rather than just East Germany. A rump German resistance led by Adolph Hitler flee to a mountainous area on the border of Austria.

The Coalition Government of Nazi Germany

An opposition government os declared, which is joined by a small group of “liberal opposition”, as well as being supported by Kaiser Wilhelm II, the next in line to the German throne.

Cold War Politics and the Holocaust

The holocaust is acknowledged, but senior figures in the Nazi regime blame it on their underlings, not following orders. Western governments fearing Soviet hegemony in the region support this “rebel” army, an army which is dominated by Nazi fighters. Not only this, but we allow the Nazis to retain the “rightful” seat at the United Nations for a further 12 years. Until 1957 Joseph Goebbels is the UN representative for Germany at the UN.

Winston Churchill makes a that whilst the holocaust was a terrible thing and that Hitler “probably shouldn’t” have a say in a future German government, more moderate Nazis would need to be involved in the rebuilding of the country. The west does not recognize the GDR during this period.

Jews and enemies of the state are still persecuted in areas still controlled by the Nazis.

In 1959 after numerous peace talks are held the Soviets agree to withdraw from Germany, the country is renamed the Kingdom of Germany with Kaizer Wilhelms son taking throne.

Adolph HItler and the Nazi regime decide to stay in their mountainside stronghold and continue the Civil War. Germany becomes the most land mined country on earth. In 1962 Hitler orders the killing of Goebbels and Goring. The former he succeeds in the later he fails with.

The west do not pursue any of the perpetrators of the Holocaust. Adolph Hitler is put under house arrest in 1962 and dies of old page in 1964. By 1966 the Nazi rebels have all either been captured, or have defected to the government, most of them have been given Royal Pardons.

By the early 1970’s it is decided that the remaining leaders should be tried for their crimes, but the legal process takes so long that by the end of the 1970’s and early 1980’s when they begin to stand trial, many have either already died, or have gone senile.

The Nazi rebels rebrand themselves as the German People’s Party and run the country under .

This actually happened in Cambodia

So whilst this looks and seems ridiculous, if we swap each “character” for Khmer Rouge leaders, and the years for when this all occurred, then it is basically exactly the same.

So, when the question comes up of if the west supported the Khmer Rouge, then one merely has to swap Nazi Germany for the Khmer Rouge. This is not a scholarly debate, western crimes with regards to the Khmer Rouge are a proven thing, with all if it being done in the name of rolling back communism.

What if we’d treated the Nazis like the Khmer Rouge? The world would look very different today.

Gaming is the general term used to describe any computer activity involving interaction with an electronically programmed computer system (or computer program) that allows users to interact with a visual output on the screen. There are literally thousands of different types of computer games available today, and each one requires different skills to play. There are also many different ways to play a particular game, including competitive gaming, role playing, and casual gaming. Many computer games allow a player to progress through a series of increasingly difficult levels and eventually to complete the game. Some games are popular among particular age groups and genres of entertainment, while others are more universal in their appeal. Let’s take a closer look at some of the most popular computer games. 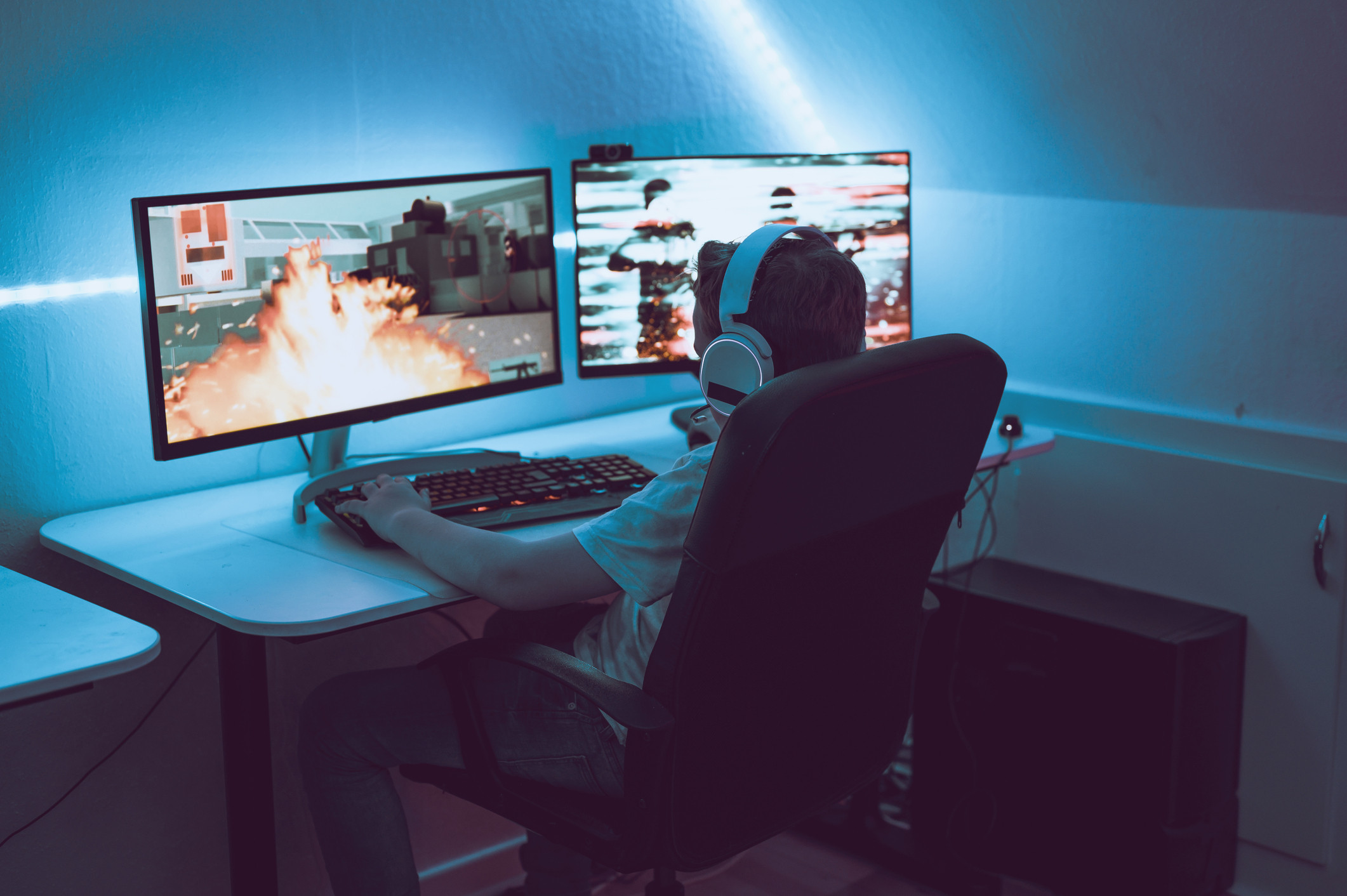 Online multiplayer console gaming is popular among both young and old alike. With the popularity of consoles such as the Xbox, Sony PlayStation, and Nintendo Wii, as well as PC based games consoles like the Play Station 3 and Nintendo Wii, there is a large and enthusiastic online community dedicated to these consoles and games. Because of this intense competition, it is possible for someone to become quite skilled at communicating and networking within this multiplayer community. The messages that players use in their in-game chat programs are often customized to include personal information and other factors which make them much more difficult to block by an individual using personal computer security software, such as anti-spyware and antivirus programs.

Computer gaming is not only popular among adults, but children as well. Young children can be seen playing games like the popular Dora the Explorer online as well as older children playing Mario Brothers or Donkey Kong on their Nintendo DS systems. For adults, computer gaming has always been a favorite form of relaxation after a hard day’s work, and the social media has only made this more enjoyable and accessible for people of all ages. Facebook, MySpace, and Twitter are just a few of the social media websites that are full of games for gamers to play. The options for in-game communication and interacting with other gamers from around the world are endless.

While gaming may be considered a relatively harmless pastime, the effects of playing video games may be far more harmful than many realize. The effects of video games may range from addictive behavior to violence, as well as negative socialization aspects. Negative effects of gaming are currently being investigated by school researchers studying how students react to playing video games that require high levels of concentration and focus such as strategy games and first person shooters. These studies may lead to improved academic performance and a boost in test scores among children.

Parents are also becoming increasingly aware of the effects of gaming, especially those with young children. Some parents will not allow their children to play games that have time limits or other requirements that may cause them to be unable to complete the game. In other cases, they will allow their children to play the games but will monitor their activities to ensure that they are not spending excessive time in a particular game. Video games may also cause a change in the way that children interact with their peers. New research is investigating whether young people who play video games are having a similar effect as adolescents who spend a lot of time playing sports related computer games, where players frequently fight with each other for control of a game environment.

The Importance of Sports Names

Sports are the most popular leisure activities of the people from different walks of life. Today, in schools and colleges, sports are a compulsory subject. Since childhood, most children are encouraged to play sports. It does not matter whether they are about six years old, as young as one, or just a child from five to seven years old. In either case, sports is a great way to have fun, improve social interaction and communication skills, improve physical fitness and strength, exercise self-discipline, get outdoors and meet new friends, learn to be competitive and have fun at the same time.

There are many types of sports. Basically, sports refer to any physical activity that aims to utilize, develop or enhance physical ability, skills and/or performance. The wide range of physical activity includes track and field, softball, rugby, soccer, hockey, motorcycling, skiing, aerobics, sailing and surfing. Almost all these sports can be participated in groups or by an individual too. Sports help in the development of the individual’s personality and also help to build a child’s self-esteem. It is also believed that sports help in delaying the onset of physical diseases such as osteoporosis, heart disease and cancer.

Playing sports is a definite way of staying physically active. Not only is it fun and exciting but it is also helps in building and maintaining a healthy weight, maintains proper body posture, improves flexibility, develops muscles and joints and provides a healthy recreational activity during summer. Sports also help in achieving and maintaining overall fitness. Some of the activities included in sports activities include running, skipping, jumping, tackling, throwing, rebounding, wrestling, rugby, basketball, hockey, weightlifting, tennis, swimming and martial arts.

Most sports, however, require skill, strength and endurance to participate. In fact, even playing volleyball can be considered an exercise because it requires the player to hold their breath for a while and use all their muscles to propel the ball towards their opponents goal. However, before you enroll yourself in any sports activity you need to ensure that it is safe for you. Make sure you check with your parents or coach about the sport you are about to take up. Most sports have specific protective gear that you need to wear.

If you are serious about participating in any sports activity, then it is important for you to consider various sports names. Most sports require a certain code of ethics and it would be a great idea to choose a sports name that reflects your values and is related to the sport. For volleyball, you can choose the name of your school or university, favorite sports team or even your country if you have one. There are also sports stores that offer custom sports gear so if you are not able to find the right sports name for you, then you can request your store to supply you with a volleyball jersey.

Sports participation should be taken lightly as they require a lot of passion and dedication in order to succeed. If you are serious about the sport and you want to become a successful athlete, you must be willing to dedicate yourself to the sport and learn all the strategies involved. It is also important to remember that there are sports that are considered to be mind sports and hence you should take care to consider this factor while choosing a sport name. You can search on internet to find various sports governing bodies which will help you understand the spirit behind each sport.